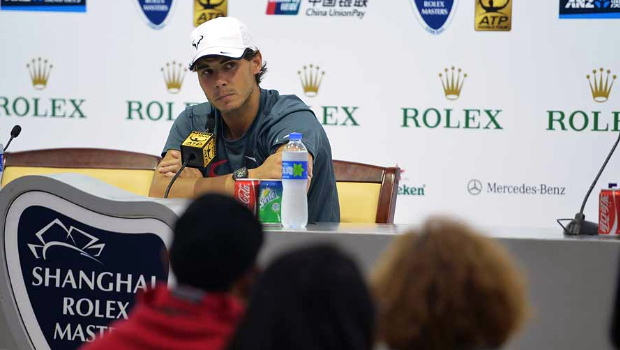 World number one Rafael Nadal is sure that Roger Federer will join him in the season-ending ATP World Tour Finals in London.

The Swiss has won the prestigious event a record six times during a glittering career, but is in danger of missing the cut for the first time since 2001 after a poor year in which he has failed to reach a major final for the first time in 11 years.

Federer, a 17-time Grand Slam winner, is currently in seventh place, and it is the top eight that qualify.

Nadal is certain that Federer will be there, and said: “He’s going to go, he’s going to qualify. I am sure of that.

“He is not going to have a problem. Even if he doesn’t have lots of points of advantage, I feel he always played well in this last part of the season.

“He likes to play in these tournaments. He always had the positive results. I really feel that he will do it. He’s a great player and I am sure he will be there and fighting for the title.”

Nadal himself has just replaced Novak Djokovic at the top of the rankings for the first time since 2011 this week after coming back from a knee injury to land both the French and US Opens.

“I thought that I would never have the chance to be back there,” Nadal said.

“Being No.1 again is special. I was confident that when I was back I would have the chance to keep competing well, keep having chances to play for important tournaments, but I never thought about being back to No.1.

“I am today. But that means that I am having probably one of the best seasons of my career. It’s great.”

Federer has just three more tournaments before London to accrue enough points to ensure a place in London – this week’s Shanghai Masters, the Swiss Indoors and the Paris Masters.

To make matters worse, Federer is drawn to meet Djokovic in the Shanghai quarter-finals with just 105 points separating him and Gasquet in ninth place.