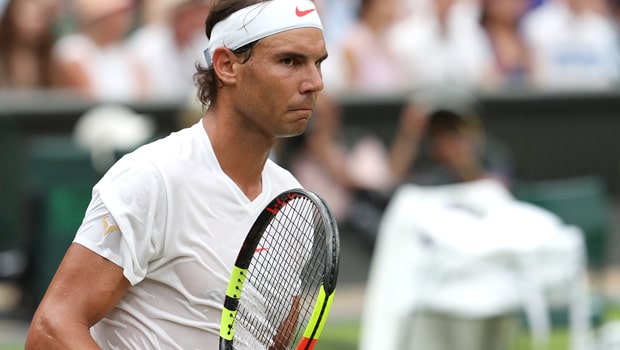 Nadal is arguably the greatest clay-court player of all time but his recent performances on the red dirt suggest he is not at the peak of his powers ahead of the French Open later this month.

Going into the Madrid Open, the Spaniard lost in the last four in both Monte Carlo and Barcelona, arriving in Madrid without winning either tournament for the first time since 2015.

The 32-year-old appeared to be on course for victory this week before he was downed by rising star Tsitsipas, who won 6-4 2-6 6-3 in a thrilling semi-final on Saturday. Speaking about his surprise win, the Greek star, who will be playing his fourth ATP final of the season on Sunday, admits this victory was one of the hardest of his career.

He said: “Emotionally it was very tough, it was one of my toughest wins.” Questions are now being asked of Nadal with the French Open just around the corner and he admits he didn’t deserve to win the Madrid Open with the way he was playing.

“I have not played well enough,” he said. “I’ve won a lot for many years on this surface but this year it hasn’t been like that.”

Nadal is the 2.25 favourite to defend his Roland Garros crown while Dominic Thiem, who is being tipped to become one of the best players around, is a 5.00 chance to break his Grand Slam duck.

Novak Djokovic, who will take on Tsitsipas in Sunday’s Madrid Open final, is a 3.25 chance to land his second French Open crown.