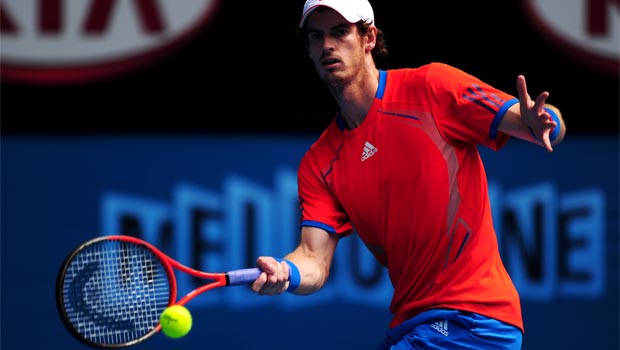 Andy Murray has warned Australian Open organisers that they are risking a tennis tragedy after play continued in scorching conditions on day two where the British number one eased past Go Soeda.

Canadian Frank Dancevic suffered heat stroke and collapsed during his first-round match on an uncovered outside court while Peng Shuai of China vomited on court and several ballboys and spectators also needed treatment.

The Wimbledon champion comfortably overcame world No 112 Soeda of Japan 6-1 6-1 6-3 in only 87 minutes in the late afternoon as temperatures cooled on their show court.

But on a day when temperatures reached 42.2C, Murray said: “It’s definitely something that you maybe have to look at a little bit. As much as it’s easy to say the conditions are safe – a few people said there’s doctors and stuff saying it’s fine – it only takes one bad thing to happen.

“And I know when I went out to hit before the match, the conditions like at 2:30pm, 3:00pm were very, very, very tough conditions. Anyone’s going to struggle in that heat.

“Whether it’s safe or not, I don’t know. You just got to be very careful these days. There’s been some issues in other sports with, you know, players having heart attacks or collapsing.

“In this heat, that’s when you’re really pushing it to your limits, you don’t want to see anything bad happen to anyone.”

The Canadian, who collapsed during the second set of his match against France’s Benoît Paire on the uncovered court six at Melbourne Park and passed out for a minute, said conditions were plainly dangerous for the players.

“I think it’s inhumane, I don’t think it’s fair to anybody, to the players, to the fans, to the sport, when you see players pulling out of matches, passing out,” he said. “I’ve played five set matches all my life and being out there for a set and a half and passing out with heat stroke, it’s not normal.”

There is an extreme heat policy in Melbourne – where play can be suspended for excessive temperatures and humidity and the roofs on the showcourts can be shut – but it was not invoked today.

Organisers did make a concession for the women’s matches on day two, allowing them an additional 10-minute break between the second and third sets.