Chelsea – Man United: Blues to strengthen ahead of weekend clash 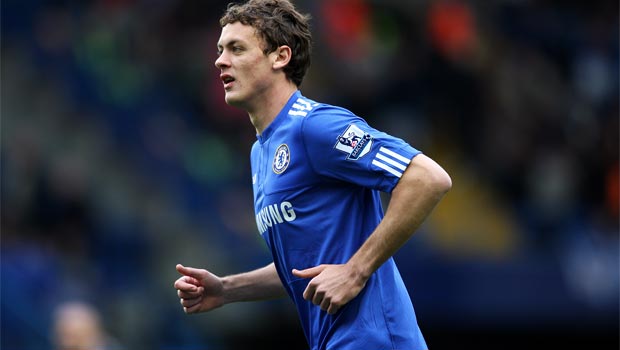 Chelsea are to re-sign Serbian midfielder Nemanja Matic from Benfica for around £22million and could include him in their squad for the visit of Manchester United on Sunday.

Although Jose Mourinho’s side will pay a vastly inflated hike on the valuation attached to Matic when he was allowed to go to Portugal as part of the David Luiz transfer three years ago, the deal could turn out to be a bargain.

Matic is due at Chelsea’s Cobham training ground on Tuesday to undergo a medical with the clubs close to agreeing a price for the 25-year-old defensive midfielder, who has been capped nine times.

After struggling to make an impact at Stamford Bridge in his first spell, the Serb’s career lifted off in Lisbon and Chelsea have done well to bring him back to England for a good deal less than his £37m buy-out clause. He is expected to sign a contract to 2017.

Speaking after Benfica’s 2-0 win over Porto on Sunday – a result that took them to the top of the Portuguese standings, Matic said: “I have played my last game here.”

“I want to thank all the people at the club and all the supporters. Benfica will forever be in my heart.

“I played here for two and a half years. I gave my best in every training session, every match, and now is the right time to leave.

Chelsea had considered Matic to be only a makeweight in the deal which brought Brazilian defender David Luiz from Benfica in the 2011 winter transfer window, valuing him at around £3m.

His development in Portugal has surpassed all expectations with Josh McEachran, a similar midfielder who was considered ahead of him at the time, now having dropped down to the Championship on loan while Matic returns to fight for a regular starting berth.

Sunday’s visit of Manchester United may see Matic included on the bench rather than going straight into Mourinho’s line-up, but he will be another useful option for the Blues boss, who has sanctioned the sale of Belgian winger Kevin De Bruyne to Wolfsburg for around £18m, with that transfer finally to be concluded in the next 24 hours.