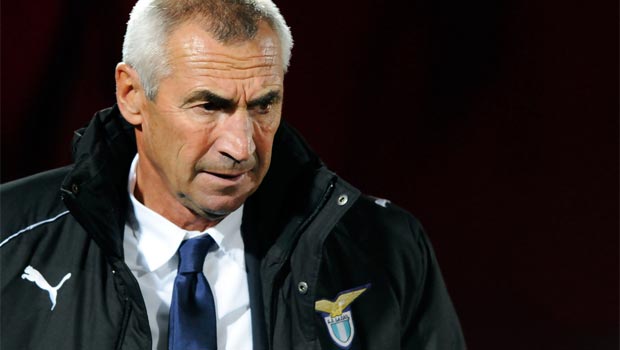 Lazio coach Edy Reja will make several changes to his side for the Coppa Italia last-16 clash against Parma after admitting that his first priority is to do well in Serie A.

Lazio, the holders, play Roberto Donadoni’s Parma at the Stadio Olimpico on Tuesday night for a place in the quarter-finals of the competition.

But the Biancocelesti coach insists that his number one priority is to move ninth-placed Lazio back into contention for a European place in the league after a disappointing run of two wins from their last 10 Serie A matches.

“The aim is to do well in the League,” Reja said on Monday. “You’ll see a lot of the squad.

“I want to make sure I use them all. I don’t know who Parma are going to put out, but they’re a team in form.

“I just hope that whoever I decide to play will put in a good shift with a winning mindset.”

Top scorer Miroslav Klose will be rested ahead of Lazio’s trip to Udinese on Sunday with Sergio Floccari coming in up front while Lucas Biglia is expected to replace Brazilian playmaker Hernanes, who is again the subject of transfer speculation.

Widemen Antonio Candreva and Felipe Anderson are also likely to drop down to the bench as Reja shuffles his pack to bring in fringe players Ederson and Bruno Pereirinha.

There could also be a start for highly-rated teenage forward Balde Keita who scored Lazio’s goal in a 1-1 away draw at Parma in November.

Antonio Cassano is expected to be recalled to the Parma line-up for his first appearance of 2014 to play behind a front two of Nicola Sansone and Jonathan Biabiany.

Otherwise Donadoni is expected to keep faith with the players who have seen Parma go on a run of nine matches without defeat since mid-November.