Posted by Daniel Martin on September 2, 2013 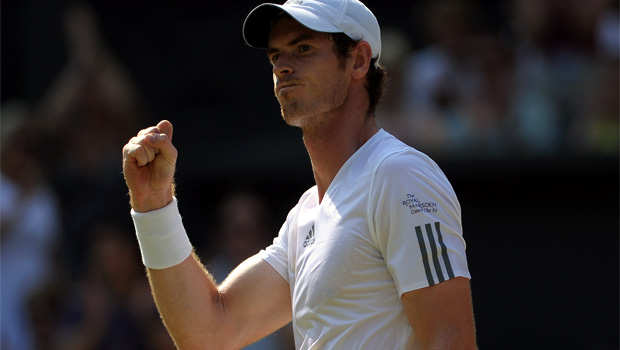 Andy Murray booked his place in the last 16 of US Open with a straight-sets win over Germany’s Florian Mayer played in hot conditions in New York.

The defending champion took a while to get going and was made to work hard in the first set before taking it 7-6 (7-2).

The 26-year-old then found his rhythm to win the next two sets – both 6-2 – but admitted afterwards it was a tough match made even harder by the steamy conditions.

“It was very, very humid. I was struggling with my breathing for most of the match,” said Murray.

“With the way that he plays, it was a tough match, especially the beginning.

“But I started the second set well, started hitting the ball a little bit cleaner, was more aggressive after that and finished it well.”

The match lasted just 1 hour 59 minutes, but Murray was soon drenched in sweat and says he struggled with the heat despite the fact he does most of his training in Florida.

“You can get used to something, and then if you aren’t in those conditions for five weeks or four weeks – it’s been four-and-a-half weeks since I’ve been in Miami – that doesn’t always just stay with you,” he said.

“Suddenly it’s extremely humid and you’re playing right in the heat of the day. That takes time to get used to.”

The victory takes the reigning champion into the fourth round for the sixth time where he will face Uzbekistan’s Denis Istomin on Tuesday.