Australian Open: Murray made to work to see off Millot 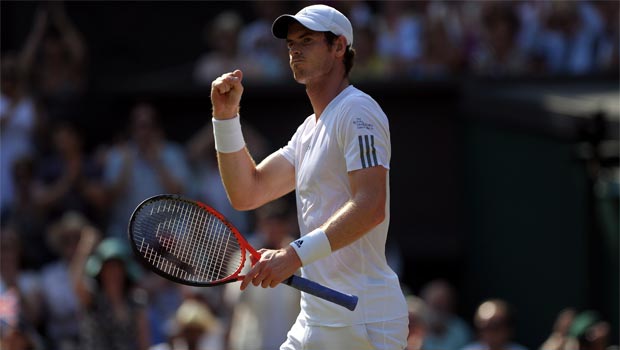 British number one Andy Murray did not have it all his own way on Thursday as he was made to battle hard for an eventual straight-sets victory over the Frenchman Vincent Millot to reach the third round of the Australian Open.

The Scot made light work of the first two sets, winning them both 6-2, before having to come from 1-5 down to secure the third.

At one stage, Murray made it an astonishing 19 points in a row in the final set to force the comeback and eventually move ahead of his French opponent before serving for the match.

The reigning Wimbledon champion made light work of that with a love hold to finish off with 23 points in a row to make sure his night’s work was done as swiftly as possible.

Murray was impressed with his second-round opponent and felt it was a good early test in the Grand Slam event.

He said: “He (Millot) played unbelievable at the start of the third set, stepping up on the baseline every shot and hitting winners. I had to adjust the way I was playing a little bit. He’s ranked 270th in the world and played a very good match, it just shows the depth in the game at the moment.

“I’ve been in the final here three times. This is a tournament I love and I want to try and win it. Not sure if it will be this year but I’ll try my best.”

Murray will now focus his attention on progressing through to the next round but first he will have to get past the Spaniard Feliciano Lopez in round three.

Lopez looked in decent form on Thursday as he managed to get the better of the German Michael Berrer, winning his second round encounter 6-4 7-6 (8-6) 6-4.

The 32-year-old will be looking to repeat what Millot did in the early stages of the third set against Murray, when it’s his turn to take on the two-time Grand Slam champion in Melbourne.