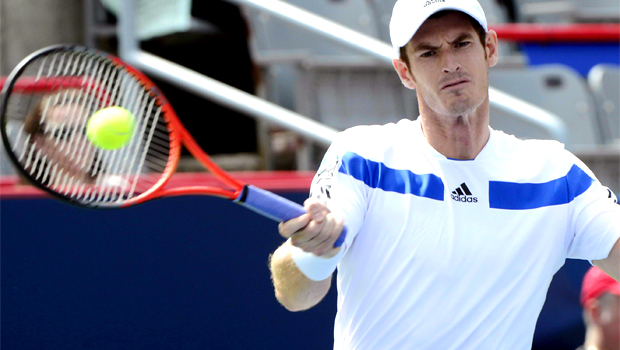 Wimbledon hero Andy Murray is on course for a third Rogers Cup success after beating Marcel Granollers in straight sets in Montreal.

Murray has not played competitive tennis since beating Novak Djokovic at Wimbledon, but blew any cobwebs away by overcoming Granollers, despite a string of unforced errors, to take his winning streak to 13.

The Scot needed a second set tie-break before disposing of his gritty opponent, who was the last man to beat Murray when he pulled out of the Rome Masters with a back problem.

Murray will now take on the world number 38 Ernest Gulbis, as he looks to add to his successes in Canada in 2009 and 2010, but knows there is no room for slackness.

“It was tricky. It is extremely windy here and the balls here are quick so it felt like it was flying around,” he said after beating Granollers.

“I didn’t feel that I had my timing and got pushed behind the baseline. He had a very good win over Dimitrov yesterday, won last week and is one of the best doubles players in the world, so he is tough.

Murray is in the doubles as well and, with partner Colin Fleming, beat Julien Benneteau and Nenad Zimonjic in three sets to progress.

Playing for the first time since his defeat by Steve Darcis in the first round of Wimbledon, the Spaniard was happy enough with his performance.

“After seven weeks without playing tennis, you start a tournament on hard court, that is tougher for the body,” he said.

“You always feel a few things at the beginning. But hopefully those things will not limit my chances to play well.”