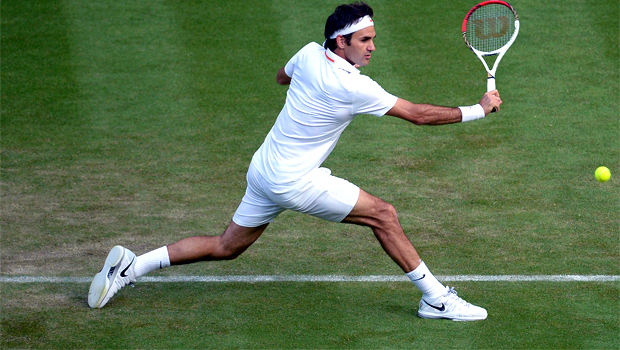 John McEnroe has predicted that Roger Federer’s days of winning Grand Slams are over ahead of US Open in New York.

The Swiss star recently fell to seventh in the world rankings, his lowest position for a decade and with the 2012 Wimbledon title his only victory in the last 11 majors, his critics have started to suggest that his best days are behind.

With him now 32, injuries have inevitably started to catch up with him, with his back causing him a number of problems, while he has also started to look to alter his equipment, recently trialling a larger racket in a bid to rediscover his form.

However, despite all his problems, the US Open has traditionally been one of his favourite tournaments, with him winning at Flushing Meadows five years in a row between 2004 and 2008.

The landscape has changed significantly since then though and he will begin the event seeded seventh, meaning he will more than likely meet his old rival Rafael Nadal in the quarter-finals.

The odds look stacked against Federer in his bid to win in New York and the legendary McEnroe believes the veteran now won’t ever add to his 17 Grand Slam titles.

“To me, there comes a point, even as great as Roger has been for so many years, that it catches up to you a little bit,” the outspoken American told Reuters.

“I don’t see at this stage him being able to go through all seven (rounds) and have to beat at least two of these (top) three guys.

“At Wimbledon I could see him going late into an event, a final. I could see it on a hard court, but I personally think that at this stage it’s going to be quite, quite difficult for him to win another one.”

Topics: Bet on Tennis, Bet on US Open, Tennis Odds, US Open Betting