Maria Sharapova eases through to round four 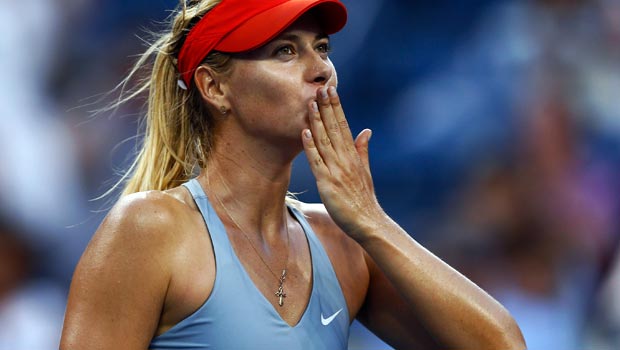 Maria Sharapova made light work of former Wimbledon finalist Sabine Lisicki as she booked her place in the fourth round of the US Open.

The German had only won one of her previous six meetings with the Russian and with her usually reliable serve letting her down, was always likely to struggle to improve on that record.

Sharapova will now face Caroline Wozniacki in the fourth round after the former world No 1 defeated 18th seed Andrea Petkovic 6-3 6-2.

Elsewhere, and there was a big shock on the Grandstand as Mirjana Lucic-Baroni defeated second seed Simona Halep in straight sets 7-6 (8-6) 6-2.

Lucic-Baroni has not reached the fourth round of a Grand Slam since the 1999 Wimbledon championships, where she eventually lost in the semi-finals to Steffi Graff.

The 32-year-old has had bad luck away from the court since that run to the last four at the All England Club, and claimed her win over Halep had been “the best day of my life”.

The qualifier will now face Sara Errani in the next round after the Italian defeated home favourite Venus Williams 6-0 0-6 7-6 (7-5).

Another seed to fall by the wayside was sixth-ranked Angelique Kerber after she was humbled 6-1 7-5 by Switzerland’s Belinda Bencic.

Meanwhile, in the men’s singles there were straight forward wins for Roger Federer, Grigor Dimitrov and Gail Monfils, while David Ferrer was handed a walkover against Bernard Tomic.