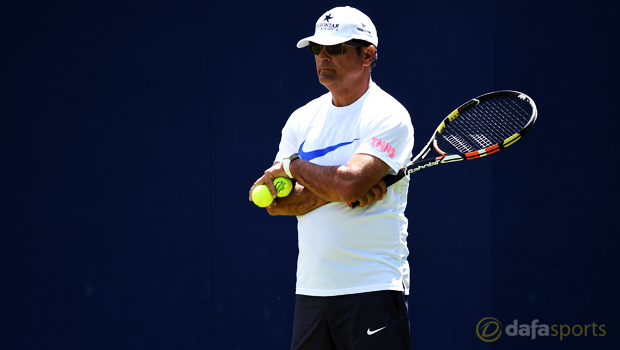 Rafael Nadal’s uncle has admitted the Spaniard’s chances of success at the Madrid Masters could depend on avoiding Novak Djokovic.

The former world number one has bounced back to form in recent weeks, winning in both Monte Carlo and Barcelona, and on Tuesday begins his campaign at the Madrid Masters.

With the French Open on the horizon, the 29-year-old will be looking for a comfortable opening victory against Andrey Kuznetsov in his country’s capital.

He is currently 1.04 to go through, with the Russian priced at 10.00. Nadal, who is 3.60 to win the second Grand Slam of the year, has been drawn in the same half of the draw as defending champion Andy Murray, but if everything goes to plan he will meet Djokovic in the final in what could prove to be a dress rehearsal for Roland Garros.

The French event is the only Grand Slam the Serb is yet to win, partly due to the excellence of the Spaniard, who is known as the ‘King of Clay’ after winning in Paris nine times between 2005 and 2014.

His uncle, Toni, has coached him throughout his career and has helped guide Nadal back to form following an injury-plagued few years.

The 55-year-old says he has been encouraged by his nephew’s recent progress, but admits his chances of success in Madrid and beyond could depend on whether or not he faces Djokovic.

He said: “Winning everything is difficult but we have got here with very good feelings, with two very important wins and with wins against players of the maximum level.

“What I want is to win. I know against Djokovic we have fewer chances than we (would) have with others.”