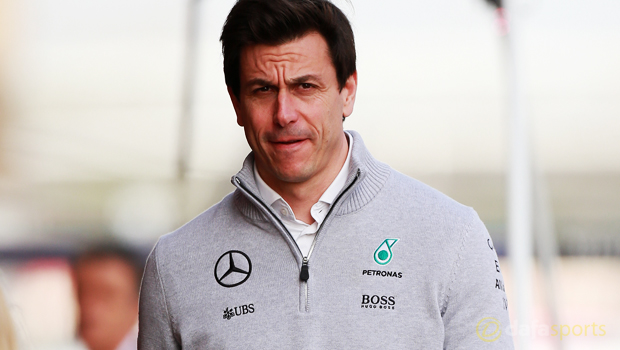 Mercedes chief Toto Wolff has hit back at claims the team are responsible for Lewis Hamilton’s disappointing start to the Formula 1 season.

While Nico Rosberg has won all four races in 2016, his colleague has struggled with a string of reliability issues, including engine problems, in qualifying in both China and Russia which have forced him to start from down the field.

The situation has led to a string of conspiracy theories suggesting that, after winning the title in the last two years, Mercedes are somehow looking to undermine the Brit.

Next up on the calendar is the Spanish GP and Hamilton will be desperate to win, as he looks to start closing his 43-point deficit in the standings.

The 31-year-old is currently 2.25 to take the chequered flag in Barcelona, behind only his team-mate Rosberg, who is priced at 2.20.

Having previously shot down claims of a conspiracy in the media, Wolff has now addressed internet suggestions that Hamilton’s issues have been engineered by the team.

The Austrian admits some errors have been made with the set-up of the F1 W07 Hybrid but has slammed rumours that the problems are part of an agenda against the world champion.

“In the last couple of races, we have done some mistakes and letting Lewis down with the engine is certainly one of them,” Wolff said.

“We know that and we feel that much more than anyone else. “Of course, we don’t do it deliberately, but the team has been abused in some of the social media and conspiracy theories are out there.

This is a mechanical sport and we wouldn’t let these things happen.”