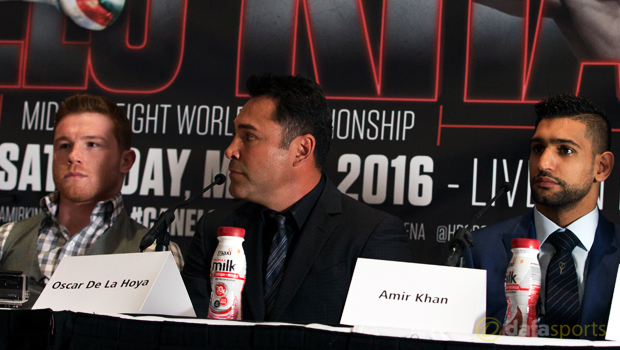 Amir Khan believes Saturday’s fight with Saul Alvarez will mark the culmination of over a decade of hard work.

The pair are set to meet in Las Vegas and the Bolton fighter is hoping to claim the Mexican’s WBC middleweight title.

Khan is the 3.80 underdog to take crown at the new T-Mobile Arena but will feel he has a point to prove, having not fought since earning a unanimous decision against Chris Algieri almost a year ago.

However, having missed out on fights against Floyd Mayweather and Manny Pacquiao in the past, the 29-year-old sees this as the outing that could earn him recognition on the world stage.

Alvarez, who is nicknamed ‘Canelo’ due to his red hair, has lost just once in his 48 fights as a professional, with that defeat coming against Mayweather in 2013 ‘and is the 1.25 favourite to retain his title and the draw is 26.00.

His opponent on Saturday acknowledges he is facing an extremely classy operator, but Khan confident that everything he has done so far in his career has been to set him up for this bout.

He told Press Association Sport: “My team’s done a great job with me, they’ve put me in the right direction. I’ve been around since 2004 in the Olympics.

We’re still going strong now in 2016: my family have been great, my team’s been amazing, they’ve kept me on the right track.

I’ve always wanted to be in a big fight like this.”