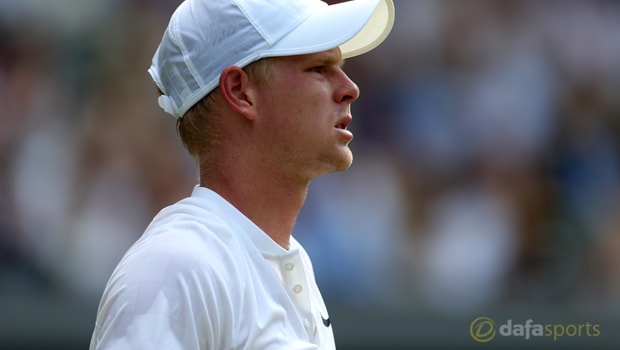 Kyle Edmund certainly won’t be underestimating former world number one Novak Djokovic when the two players meet in the second round of the Madrid Open on Wednesday.

Djokovic has been struggling to find his best form since returning to action from an elbow injury, as he is yet to make it through to the quarter-finals of an ATP Tour event in 2018, while he lost his opening match at the recent Barcelona Open.

However, the 12-time major winner has begun this week’s tournament by beating world number 20 Kei Nishikori and he will now face British number one Edmund in round two after he recorded a straight-sets victory over Daniil Medvedev.

The two players have not met on the ATP Tour in over a year and Djokovic has won all three of their previous meetings without even dropping a set, although that was when the Serbian was at the top of his game, while Edmund has surged up the rankings over the last 12 months.

Indeed there is currently just 10 places between the two players in the latest world rankings, but despite now being on a similar playing field to Djokovic, Edmund is still wary of the threat he will face during Wednesday’s encounter in the Spanish capital.

“He was winning more matches back then (when they last met) but still the top players they don’t just lose it, they’re still very good,” Edmund said.

“When you’re on court with them, they’re still top players so yeah, I mean he may not be winning as much as he was but still it’s going to be tough.”

Edmund is priced at 3.50 to advance through to the third round, while Djokovic is available at 1.25.