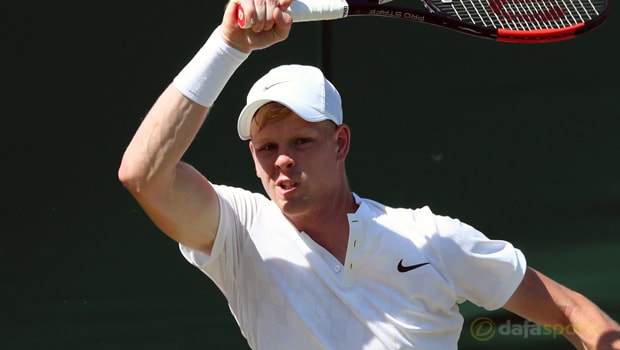 British star Kyle Edmund says is will do everything possible to prepare for a “very tough” last-32 clash with Fabio Fognini at the French Open.

Edmund has reached round three at Roland Garros for the second successive year after seeing off Marton Fucsovics 6-0 1-6 6-2 6-3.

The British number one eased through his opening set in just 27 minutes, but he lost his way in the second as his Hungarian opponent fired back.

The 16th seed rallied to reclaim control of the clash and he went on to wrap up his victory in two hours and 16 minutes.

Edmund said: “The second set is something to learn from but I’m happy to come through.

“When I’m playing at my best it’s very good but I can’t play like that the whole time.

When I’m not playing my best, I have to find a way to win. This year I’ve done that a lot better.”

Next up for Edmund is Italian clay court specialist Fognini and he admits he’s in for a tough match on Saturday, although he is hoping to come up with a plan of action to continue his run.

He added: “Yes, it will be a very tough match, for sure.

“In terms of the match-up, I’ll speak to my coach about maybe what I need to try and do.

“It’s always sort of the same thing. With me, I try to focus on getting my game out on court first, because that gives me a good chance.

“And then certain tactics or plays you look out for when you’re playing the particular opponent.”