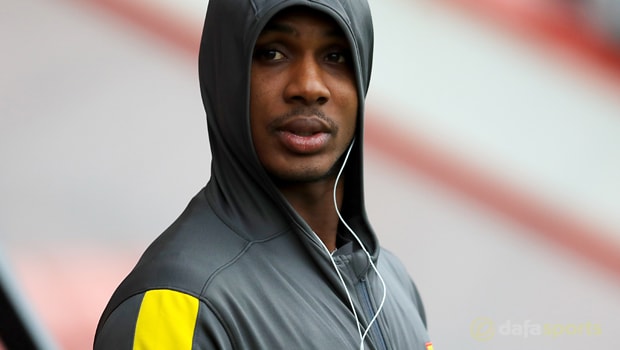 Changchun Yatai striker Odion Ighalo is expecting a tough game when Nigeria face England on Saturday but feels they are capable of picking up a win.

The 28-year-old returns to England 18 months after he departed Watford to continue his career in the Chinese Super League and he will go up against some familiar faces over the weekend.

The Super Eagles picked up victories over World Cup-bound Argentina and Poland during the build-up to the showpiece event in Russia and they are hoping for another scalp this weekend.

Ighalo admits that the 1966 World Cup winners will provide a stern test but he is hoping they can find a way to pick up a positive result.

“They will be faces which I have seen and played against in the Premier League when I was there,” Ighalo told NFF.

“So it is going to be a good game and exciting one I’m happy and looking forward to it.

“England have a good team all the players they have in that squad for the World Cup [are in] top teams in the Premier League doing so well, so it is going to be a difficult game, tough game.

“You know it is a friendly and we want to win every game, do well and correct some mistakes, so it is going to be a tough one and it is possible for us to win.”