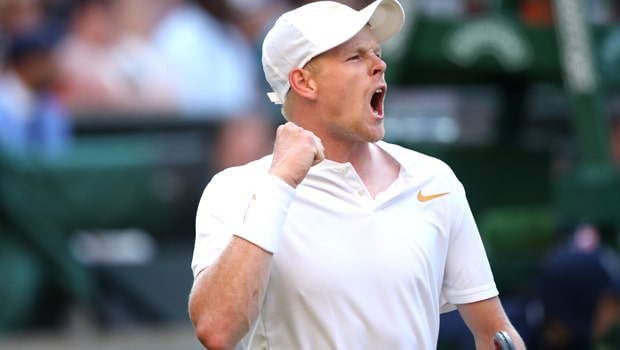 British number one Kyle Edmund says he will do all he can to build on his maiden ATP title win after he won the European Open in Antwerp on Sunday.

The 23-year-old had come close to lifting a trophy on a number of occasions this season but he finally got the job done on Sunday.

However, Edmund dug in to claim the second and third via tie-breaks and he wrapped up the win in two hours and 26 minutes.

Edmund lost his only previous ATP Tour final at the Grand Prix Hassan II in April and he is ready to learn from Sunday’s experience.

“It’s a great feeling, just overall the bigger picture is the overriding emotion, like so many years putting in the work, on and off the court,” he said.

“It fills you with confidence and belief, and next time you’re in that similar situation you have an experience to look back on and see how you reacted.

That feeling is a positive one and it will definitely help me moving forwards for the future.

“The goal is always to be consistent, regardless of the result today I would’ve always said that.

“If you want to go up the rankings consistency is always key.”

Edmund will now be hoping to impress at the Australian Open in Melbourne in January and he is 67.00 to win the title.