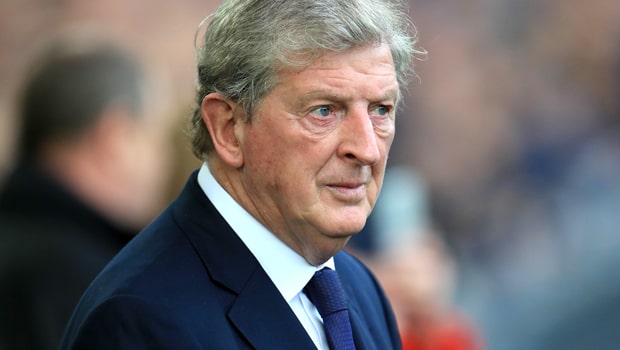 Crystal Palace coach Roy Hodgson admits it was hard to be a loser again after Everton secured a 2-0 win against the Eagles at Goodison Park on Sunday.

Hodgson’s men looked like they had done enough for a draw but two goals in quick succession in the final five minutes ensured the Toffees grabbed all three points.

Dominic Calvert-Lewin and Cenk Tosun were on target but that came after Luka Milivojevic had a penalty saved by Everton goalkeeper Jordan Pickford on the hour mark.

Palace remain 15th in the Premier League table and they are now just two points above the relegation zone.

Hodgson’s side have scored just five goals this term and they now face Arsenal, Chelsea, Tottenham and Manchester United in the next few weeks.

The former England coach admits the latest defeat was tough to take as the Eagles look to ensure they’re not involved in a scrap for survival this season.

He told reporters: “Had we won or drawn no-one would have begrudged us that.

“Football does not give you what you deserve, it is a question of results. All you can do is hope the team played well enough to get a result.

“Every game in the Premier League is a tough assignment. Obviously the top teams have very good quality players and have more resources than some of teams we play against.

“But the bottom line is have to play all the teams in the league. Everton have qualities and we were prepared to try and nullify them. We will do the same against Arsenal.”

Palace are 6.50 to be relegated this season and they have to wait until Sunday to take on Arsenal.