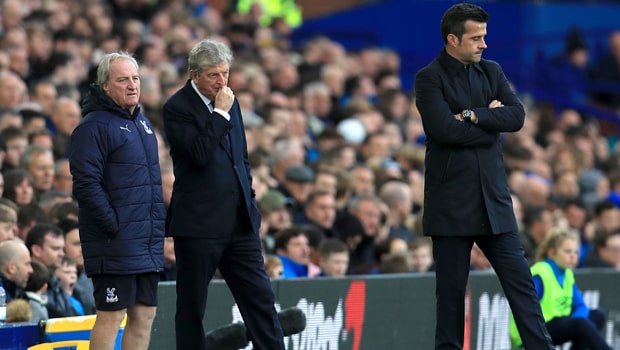 Everton manager Marco Silva has talked up the depth of his squad after three substitutes played a key role in Sunday’s victory over Crystal Palace.

The Toffees, who are priced at 21.00 to win the FA Cup this season, were looking to claim a third successive victory as they welcomed a struggling Crystal Palace to Merseyside.

Palace made life difficult in a frantic game and they should have gone ahead in the second half when Wilfried Zaha was downed in the box by Seamus Coleman.

Luka Milivojevic stepped up to the penalty spot but his effort was saved by the legs of Everton stopper Jordan Pickford.

With the game seemingly heading for a stalemate, Silva turned to his bench to try and provide an influence in the closing stages.

Cenk Tosun, Dominic Calvert-Lewin and Ademola Lookman were thrown on and the trio all played their part in sealing three points.

Calvert-Lewin headed home Everton’s first with 87 minutes on the clock after latching on to Lookman’s cross, while Tosun wrapped up the win two minutes later with a low strike.

Silva was quick to praise the trio at full-time and highlighted the importance of having options to come off the bench.

He said: “It is important for us and me as a coach that when the three players come in, they help the team.

“Of course I’m happy because they came in and helped. Cenk the last two games at home has come on and scored twice, and Lookman and Dominic are working really hard to achieve what they want.”