Kevin Anderson: I need to trust my game 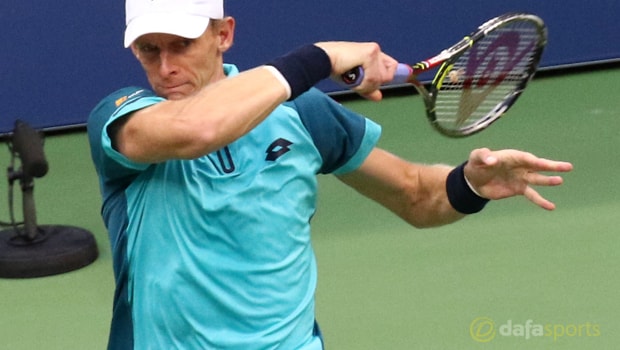 Kevin Anderson feels he is beginning to produce the goods when it really matters although he admits he needs to have more belief and confidence in his game.

South African Anderson has worked his way back into the world’s top 10, where he currently sits ninth, and Swiss legend Roger Federer believes his rival now has the game to challenge for Grand Slam titles.

The 31-year-old from Johannesburg reached the fourth round at the French Open and Wimbledon last year – his joint-best finish in both events – before reaching the final of the US Open.

He was blown away by Spaniard Rafael Nadal in his first major final, losing in straight sets, but the experience at Flushing Meadows has done the big server a world of good.

Anderson picked up his fourth ATP Tour title at the New York Open last month but, despite being happy with how his game has come along, he feels more self-confidence and belief is needed.

“I need to trust my game and trust the process,” he was quoted as saying by ATP World Tour.

“It’s something I’m still working on. I’m trying to allow myself to be more free on the court and really trust my abilities. It’s something you have to do.

“When you first come on Tour, and play guys you’ve seen on TV, you almost feel like your game is not as good as a [Rafael] Nadal or a [Roger] Federer.

But I’m now at a stage where I can play my best tennis, when it matters the most. It comes from experience, but I’m still learning and improving.”

Anderson is competing at the BNP Paribas Open, which started on Monday, and he is 29.00 to win the tournament whilst Federer is the firm 2.25 favourite to triumph for the third time this year.