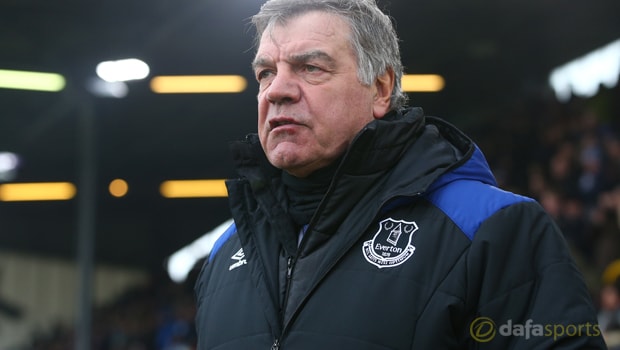 Under-pressure manager Sam Allardyce says he is going nowhere at the end of the season and is focused on continuing the “long-term” plan that is in full swing at Everton.

Allardyce took charge at Goodison Park on November 30 last year, putting pen-to-paper on a contract until the summer of 2019, and he enjoyed a fantastic start to life with Everton.

The Toffees were unbeaten in his first seven games in charge and the impressive results helped lift the club away from relegation trouble, sparking hopes of a potential European finish at one stage.

However, just two victories from the next 12 matches in all competitions have dampened the spirits and put huge pressure on the shoulders of Allardyce, who has received a barrage of criticism in recent weeks.

Several reports have claimed the former England boss will be sacked at the end of the campaign and Arsenal chief Arsene Wenger is said to be leading candidate to replace him.

However, Allardyce appeared in defiant mood on Thursday and insists he will not be leaving his position, vowing to help the club progress over the years to come.

“Of course! There are tough times and there are times when you have to stay focused on what you want to achieve,” he said at a press conference.

“It’s disappointing where we’ve slipped to after the fantastic position we put ourselves in when I came through the door.

“I came out of retirement because there’s a long-term plan that I was excited to be a part of. I know all about Everton and what you have to achieve. I want it to be a long-term appointment.”

Everton play host to Brighton on Saturday and the home side are 2.20 favourites, a draw is priced at 3.20 whilst the Seagulls, flying high after beating the Gunners 2-1 last time out, are 3.50 outsiders.