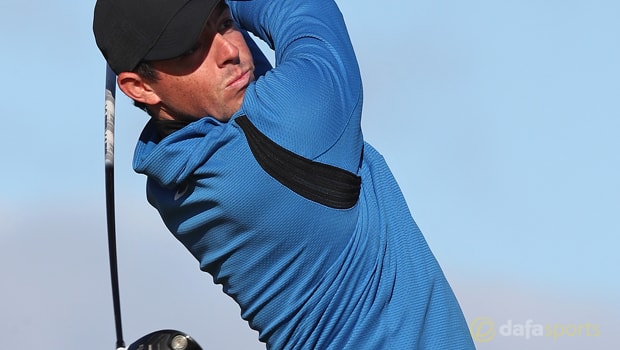 Former world number one Rory McIlroy says he would be “happy to go to Augusta tomorrow” after spending a few days at the course last week in preparation for the Masters next month.

McIlroy only needs the coveted Green Jacket to complete the Grand Slam and he has been in contention on several occasions, having recorded four top-10 finishes over the last four years.

The Northern Irishman famously blew a four-stroke lead going into the final day’s play in 2011 as he carded a round of 80, finishing tied-15th, and many believe that failure still weighs heavily on him.

Injuries hampered the 28-year-old last season and, after failing to win a title in 2017, the poor result and lack of form has seen him slip to 12th in the world rankings.

The 13-time PGA Tour winner has started 2018 in bright fashion, with a tie for third at the Abu Dhabi HSBC Championship followed by a runners-up finish at the Omega Dubai Desert Classic.

McIlroy, who is expected to lead Europe’s charge for the 2018 Ryder Cup in France later this year, opted to skip the WGC-Mexico Championship last week and spend some time at Georgia ahead of the first Major of the season.

“It’s been nice to have a week off and wind up at Augusta for a couple days and had a good time up there,” he said.

“It’s good to re-familiarise yourself with it, and it was a nice trip. I’m totally ready. I’d be happy to go to Augusta tomorrow and play and feel like I have a good chance.”

McIlroy will be competing at the Valspar Championship, which gets underway on Thursday, and he is priced at 13.00 to win the tournament, just behind 9.00 favourite Jordan Spieth.