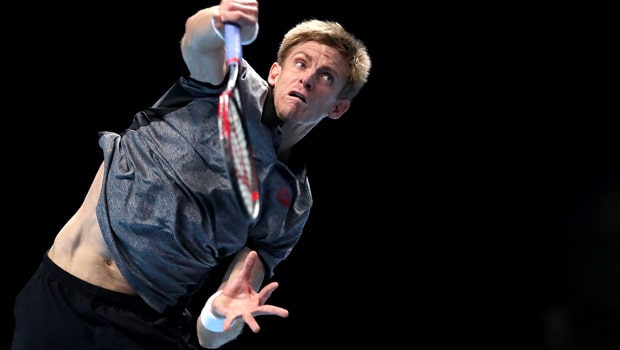 Kevin Anderson says his preparations for the new season are going well as he bids to begin with a defence of his Mubadala World Tennis Championship title.

The world number six begins the Abu Dhabi tournament against Chung Hyeon, with the winner going straight through to the semi-finals.

The other match on the first day sees Dominic Thiem take on Karen Khachanov, with the two winners on day one going through to the last four where they will meet either Novak Djokovic and Rafael Nadal, who both received byes through to the semi-finals.

Anderson won the title last year, beating Roberto Bautista Agut in the final, and the South African sees the tournament as a good way of slowly getting back into form ahead of the bigger prizes on offer in 2019.

Anderson said: “My goal is to defend the title here. I had a great tournament last year. This is a great way to start a season and play good matches.

“I would love to do the same this year. And this is a great opportunity in a very competitive atmosphere. Even though this is an exhibition, players are playing with full heart as this is a perfect opportunity to prepare for new year. This is a nice springboard for the season.”

The year just gone saw Anderson reach his second Grand Slam final, overcoming John Isner in a mammoth five-setter in the Wimbledon semis before coming up against a fresher Djokovic in the final, where he was beaten in straight sets.

Heading to Melbourne next month for the Australian Open, Anderson has never been beyond the fourth round but says his preparations for the new tennis season have gone well and confidence is high.

“I believe more in myself. I am continuing to grow and take steps further. I am looking at things that are working for me,” he added.

“It’s a personal discovery and a help to make better decisions.”