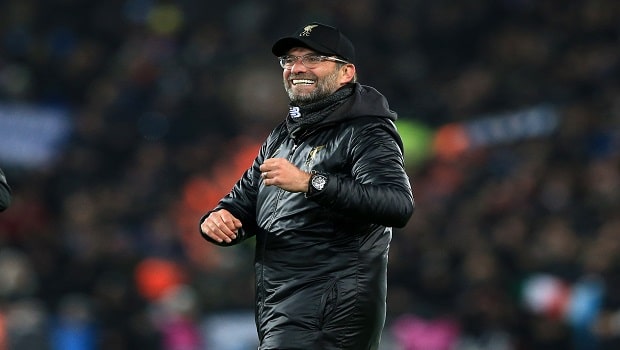 Liverpool manager Jurgen Klopp says he is not thinking about his future at the club and is just focused on trying to deliver his first trophy since taking charge at Anfield in 2015.

German tactician Klopp made the switch to Merseyside from Bundesliga outfit Borussia Dortmund, but he is yet to deliver a trophy and questions are starting to be asked due to the money he has spent on transfers.

Liverpool have had several near-misses under the 51-year-old’s guidance, having lost the finals of the 2016 League Cup, 2016 Europa League and last season’s Champions League.

The Reds are right in the hunt for the Premier League title this term as they sit top of the standings during the festive period, whilst the club are also preparing for a last-16 CL clash against Bayern Munich.

Klopp’s current deal at Anfield runs out in the summer of 2022 and he insists his focus is on delivering silverware – and not discussing his future plans. “I don’t want to think that far ahead.

If you write that already, a lot of people will speak. Everything is good at the moment, but still, ‘Klopp didn’t win anything’,” he said in an interview with Sky Sports News.

“It’s a good time and 2022 is a long time so I don’t have to think about it. Hopefully everything will be fine and then we can think about that.”

Liverpool, who host Newcastle United on Boxing Day, are 2.15 to win the Premier League title for the first time, just behind 1.70 favourites and defending champions Manchester City.