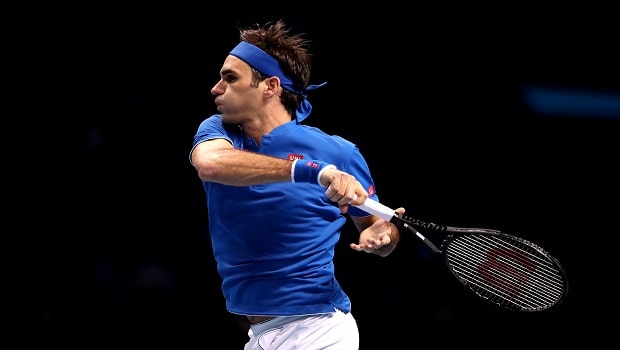 Borna Coric believes former world number one Roger Federer has a chance of triumphing at both the Australian Open and Wimbledon next season.

Federer successfully defended his Aussie Open crown in January this year – his sixth title at Melbourne Park – and took his Grand Slam tally to an incredible 20, three more than Rafael Nadal, who is second in the all-time list.

The Swiss was fancied to win his ninth trophy at the All England Club in the summer but suffered a shock quarter-final exit at the hands of South African Kevin Anderson, who lost to Serbian star Novak Djokovic in the final.

Attention is now turning towards the 2019 campaign and 37-year-old Federer, who lost in the semi-finals of the ATP Tour Finals for the second straight year, has been backed to enjoy more success by Coric.

The Croatian, who turned professional in 2013, believes there is a good chance the Swiss can add Grand Slam 21 to his CV. “I think it’s possible,” Coric said when asked by Sky Sports Italy about Federer’s chances.

“I faced him a couple of times this year. Roger takes a break during the clay-court season and it gives him the possibility to rest. “Seeing him at the age of 36 was fantastic, he played five sets also and it was something special.

So I definitely see him in the race to win a Grand Slam, obviously one of his favorite tournaments is Wimbledon, so he may win there.”