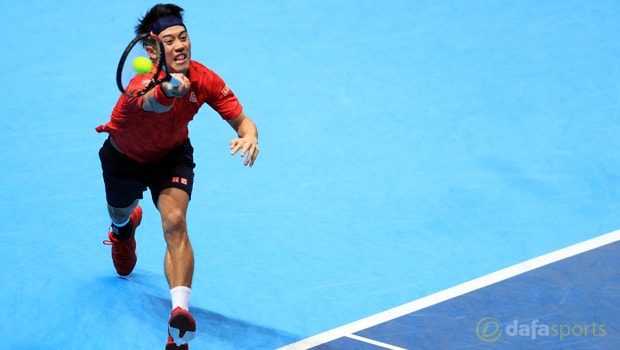 Kei Nishikori is confident he can keep progressing after enjoying his best year to date in 2016.

The Japanese star reached the semi-finals of the recent ATP World Tour Finals and having also claimed bronze at the Olympics and made it to the last four of the US Open, finished the campaign fifth in the world rankings.

However, he struggled for rhythm at times, with his only win of 2016 coming in Memphis in February, and failed to lift the trophy in any of his other four final appearances.

Despite his lack of titles, Nishikori believes he is becoming more consistent and has set his sights on glory at the Grand Slams.

A defeat to Marin Cilic in the final of the 2014 US Open is the closest he has come to success in the majors and his results against the other top-10 players suggest he could be ready to take the next step.

The 26-year-old, who is 26.00 to win the 2017 Australian Open, is confident he can continue to improve next year, with his goal to make more of an impact in the sport’s biggest tournaments.

“A year that I won most matches does carry some significance but what is important is how much I can win at big tournaments,” Nishikori is quoted as saying by Kyodo news agency.

“Result-wise this has been my best year. I’ve played well against the top-10 players and have been winning against the likes of (Rafa) Nadal and (Andy) Murray, who I couldn’t beat before.

“I’m making fewer mistakes as I get older. I hope to keep building, bit-by-bit.”