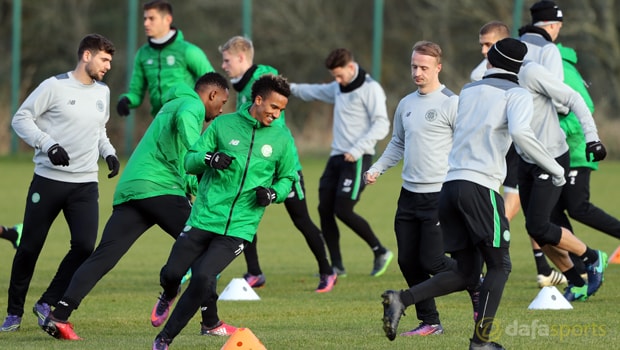 Former Celtic defender Mark Wilson believes the Bhoys have what it takes to cause an upset against Barcelona on Wednesday.

The pair meet at Parkhead on Wednesday, with Brendan Rodgers’ men looking to avenge the 7-0 defeat they suffered back in September.

Although their chances of qualifying for the last 16 appear slim, Celtic’s draw with Borussia Monchengladbach earlier this month means a spot in the Europa League after Christmas remains a real possibility.

However, it means they will realistically have to beat either Barcelona or Manchester City in their final two Champions League Group C games, but they have a history of causing upsets at Parkhead.

The Bhoys’ confidence will also be boosted by the knowledge that they have already drawn 3-3 with City this season, while they also beat the Blaugrana 2-1 in 2012.

Wilson was part of the side that narrowly lost home and away to Barcelona in 2008 and having spent six years playing for the Bhoys, knows how influential their supporters can be.

The 32-year-old, who was recently appointed manager of Airdrieonians, believes that if everything falls into place for his former side, it could well be another famous night in the East End of Glasgow.

“We have seen it time and time again but Celtic at Celtic Park are a different team entirely,” he said.

“Barcelona will hammer more than Celtic in the Nou Camp. I know a lot of people said that but it is the truth.

“They have a good manager, they’ll be organised, they’ll all know what their jobs are. They all play a blinder and one or two of the Barca guys are below par and you just never know.