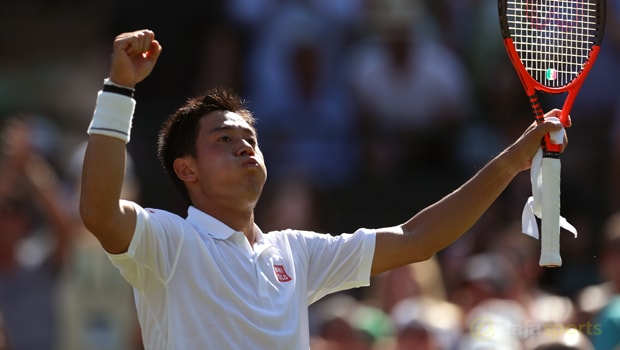 Kei Nishikori says it feels great to be back playing in a major event after he eased into the second round of the French Open with a straight-sets win over wildcard Maxime Janvier.

World number 21 Nishikori, who has 11 career titles to his name, was forced to undergo wrist surgery last year, ruling him out of the 2017 US Open and the 2018 Australian Open.

Now back to full fitness, the Japanese, who is a two-time quarter finalist at Roland Garros, is looking to rediscover his best form and he looked impressive when dispatching Janvier on the red dirt.

With this being Nishikori’s first Grand Slam since Wimbledon last year, he admitted it was nice to be back on the big stage and challenging for major honours.

“He (Janvier) was playing much better than his ranking (suggests he would play), it was difficult to get my rhythm, but I took some positive things from the match,” he was quoted as saying by tennisworldusa.org.

“I was playing while feeling like I should enjoy a Grand Slam match for a while.”

Elsewhere, in the women’s side of the draw, British number one Johanna Konta is still to win a main draw match at the French Open after she was beaten 6-4 6-3 by Kazakhstan’s Yulia Putintseva.

It is the fourth successive time the 27-year-old has been knocked out at the first-round stage of the tournament.