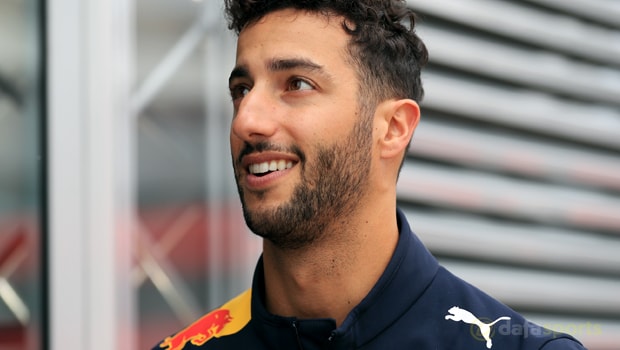 Australian Ricciardo took pole position for the event in Monaco and he was able to stay in that position in Sunday’s race, picking up his second win of the campaign.

The 28-year-old, who also triumphed in China earlier this season, sits third in the Drivers’ Championship on 72 points, still 38 behind Mercedes leader and defending champion Lewis Hamilton.

Ferrari’s Sebastian Vettel, who ended up second at the Circuit de Monaco to close the gap to his British rival, currently occupies second spot in the rankings on 96 points after six races.

Many believe it is a three-horse race for the title now with Red Bull joining the party, but Ricciardo still remains slightly cautious about the chances of winning silverware this year.

“I think it’s a natural question after a victory,” he told reporters.

“I think I got asked after China if it means we’re in the title hunt. I think Lewis still has a pretty good buffer on me, so we’re still on the outside of that.

“It’s not impossible but not really at the forefront of my mind yet. But, even if it was, I’m not going to change obviously the way that I’m driving or trying to attack.

“So, yeah, Montreal will be interesting. We’ll try to get a few more podiums but yeah, we’ve got to probably prove on at least one other circuit before the summer break that we can win again. And then maybe we’re a nice little outside chance.”

Ricciardo has now moved into 19.00 to win the world title whilst Hamilton remains the 1.44 favourite to retain his crown, just ahead of 2.80 chance Vettel.