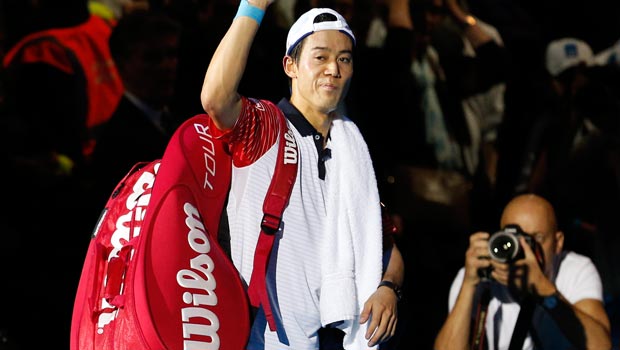 Kei Nishikori is looking forward to starting off 2015 in good style as the Japanese star prepares to face American Steve Johnson in the second round of the Brisbane international on Wednesday.

The 25-year-old enjoyed a sensational season last year where he reached a first-ever Grand Slam final at the US Open, losing out to Marin Cilic 6-3 6-3 6-3.

The Japanese star also clinched the Barcelona Open by defeating Santiago Giraldo back in April, with further successes coming in the Proton Malaysian Open and the Japan Open later in the year.

Nishikori rounded off a brilliant season by making it into the semi-finals of the ATP World Tour Finals in London and the 2012 Australian Open quarter-finalist is now the fifth ranked player in the world.

The seven-time ATP title winner is now hoping to keep the momentum going into 2015, starting off with the Brisbane international on Wednesday.

“I think I am doing really well,” he said. “I think these first couple of tournaments of the year are very important for me to gain more confidence.

“This is a really exciting moment for me.”

The tournament will act as a warm-up for the Australian Open later this month where Nishikori will be hoping to improve on his best finish of making the last eight three years ago.

The US Open runner-up was ousted in the fourth round last year at the hands of Rafael Nadal 7-6 7-5 7-6 in a hard-fought contest.

Nishikori will be confident of mounting a serious challenge for a first major title in Melbourne and the Japanese is priced at 1.82 for the title.

World number one Novak Djokovic is being tipped to clinch a fifth Australian Open crown and the Serbian is 2.00 to achieve this.