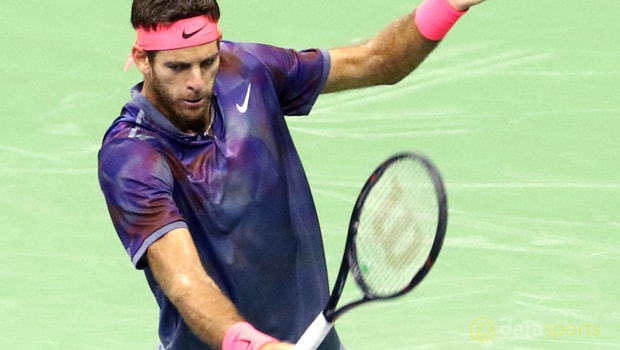 Djokovic was sidelined for the second half of the 2017 season after undergoing elbow surgery and he has struggled to replicate the form that helped him win 12 Grand Slam titles.

The Serbian, who has slipped to 12th in the world rankings, lost in the quarter-final stage at the 2018 Australian Open and he has failed to go past the last-eight stage of the four tournaments that have followed.

Questions are being asked as to whether the 30-year-old can ever get back to his previous best but Del Potro is confident his rival can once again challenge at the top.

The Argentine, who triumphed at the 2009 US Open, knows all about injury problems, having contemplated walking away from the sport two years ago due to injury.

He has already undergone four operations on both of his wrists but, despite being close to call it a day, the 29-year-old is back to his best and helped his country win the 2016 Davis Cup.

Del Potro is confident Djokovic will rediscover his best form sooner rather than later and start challenging for more Grand Slam titles.

“I think there are few players that can come back from injuries and be so good, be up in the rankings where they deserve to be.

I think that Djokovic is one of those players,” he was quoted as saying by ubitennis.net.

“There are not many more players that are capable of coming back from injury. I think that’s what’s going to happen.”

Djokovic is 6.00 to win Wimbledon this summer whilst Roger Federer, who has again decided to miss the entire clay-court season, is the firm 2.40 favourite.