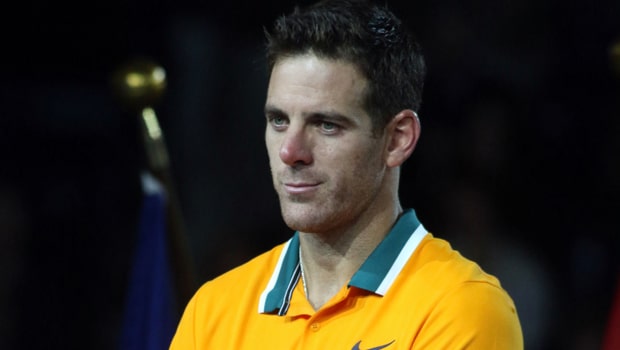 Juan Martin del Potro has confirmed he will miss this year’s Australian Open as he continues his recovery from a knee injury.

The Argentine has been absent since October after fracturing his kneecap at the Shanghai Masters, with the injury forcing him to miss the end of season ATP Finals in London.

However, the 30-year-old had hoped to return for the opening Grand Slam of 2019 but, despite admitting his recovery is going well, he has now conceded defeat in that battle.

“I hope you have a great 2019. Recovery is going great and I will tell you later where I will be making my comeback,” Del Potro wrote on Twitter.

“Unfortunately it won’t happen in Australia, I’ll miss you Australian Open, but I’m happy with my progress.

Happy New Year! Enjoy!” Del Potro had been in good form prior to the injury, as 2018 saw him reach the final of the US Open, while he also won his maiden Masters 1000 title at Indian Wells.

The world number five, who is priced at 23.00 to win this year’s French Open, reached the third round of the Australian Open 12 months ago – his first appearance at the tournament since 2014 – but he will now turn his attention to returning to full fitness as quickly as possible.

The 2019 Australian Open is due to get underway on January 14, with Roger Federer looking to win the event for the third consecutive year.