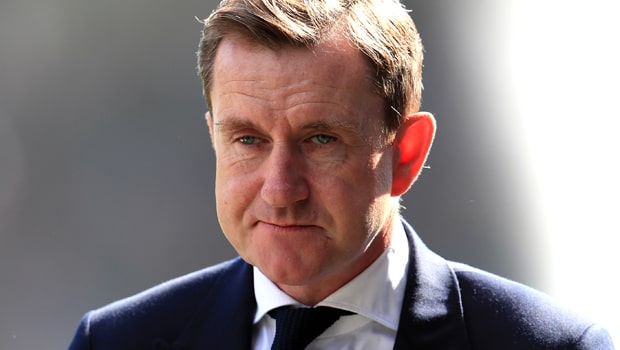 Huddersfield chairman Dean Hoyle says the club won’t ‘sleepwalk into relegation’ and they plan to be active during the January transfer window.

The Terriers head into 2019 sitting rock bottom of the Premier League standings, with Saturday’s 1-0 defeat at Fulham leaving them five points adrift of safety, while they are also on a club record-equalling seven-game losing run.

However, Hoyle has now issued a rallying cry to the club’s supporters and he insists they will not go down without a fight.

“I know many of those moments will live with Town fans forever and I’m immensely proud of that,” Hoyle told the club website.

“For my part, I can only say this; I will not allow us to sleepwalk into relegation. I can promise you that we will fight with everything we have; that is my minimum expectation.”

Hoyle has also confirmed that he will make money available for manager David Wagner to spend during the January transfer window, with a new striker seeming to be the Terriers main priority given their lack of goals so far this season.

“The January transfer window opens tomorrow and that’s a big talking point in the media and for our fans, understandably,” Hoyle added.

“We will be active in this window, but not at the financial risk of the club. There is a balance to be struck, for sure, and we will strive to get that balance between risk and reward correct.”

Huddersfield’s first match of 2019 will be a potentially crucial home clash with fellow strugglers Burnley on Wednesday and they are priced at 2.20 to win that contest, while the Clarets are available at 3.80 and the draw is on offer at 3.10.