John McEnroe: Novak Djokovic will be tough to topple at Wimbledon 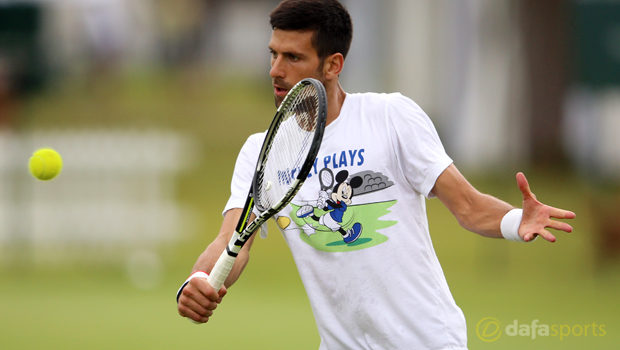 The Serb is halfway to completing a calendar grand slam, having already triumphed at the Australian and French Opens.

He heads to Wimbledon looking to earn his 13th career grand slam title and a third straight SW19 triumph.

McEnroe is coach to world number nine Milos Raonic and he feels Djokovic is currently a level above everyone else.

Raonic lost the Queen’s final to Andy Murray at the weekend and, while the Scot has proved himself capable of challenging Djokovic, McEnroe feels he is still searching for more.

“He [Murray] is believing more but that is another reason why he brought in Ivan [Lendl].

He is clearly trying to get that little bit extra, just like other players are doing the same,” said the American. “Murray is playing great and he is a great player – no doubt about it.

But at the moment there is no question, the level which Novak is at is one that you rarely see, it is a tall order for anyone.”

Djokovic is the 1.70 favourite to win Wimbledon, with Murray priced at 3.80 and Raonic at 13.00. According to McEnroe, the grass in London may represent Murray’s best chance of overcoming the world number one.

“Andy has obviously got himself into position numerous times but Novak got into the zone at the French,” he added.

“In a way he is getting closer and I do think he has a better shot of beating Novak at Wimbledon than he does at the French, although he could have done it there too, it was not inconceivable.”