Aidan O’Brien willing to wait on Air Force lift off 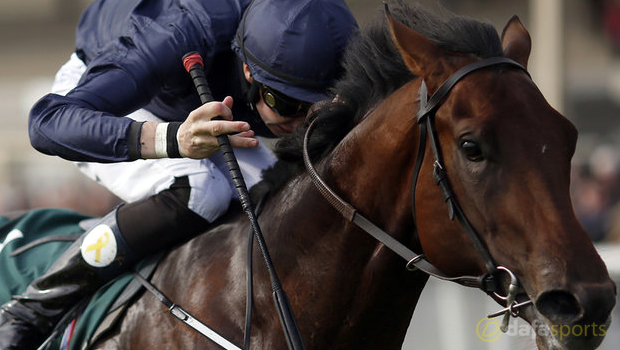 Aidan O’Brien will hold fire on running Air Force Blue until he gets ground that is good or better, the Ballydoyle handler has confirmed.

The son of War Front was the champion juvenile last season but has failed to sparkle in two Classic runs so far this term. O’Brien has confirmed that Air Force Blue is well within himself at home and he hopes that conditions at Newmarket will allow him a chance to run in the July Cup on Saturday July 9.

“He won’t run again until the ground is good or faster but we are happy with him,” said O’Brien. “Hopefully, the next target for him will be the July Cup.”

Air Force Blue was ante-post favourite for the 2,000 Guineas at Newmarket on the back of his win in the Dewhurst at Headquarters back in the autumn.

Under Ryan Moore, he was unable to reproduce that form in the season’s opening Classic on the final day of April.

That honour instead went to the Hugo Palmer-trained Galileo Gold ridden by Frankie Dettori on ground that was officially described as good to soft on the Rowley Mile.

The duo clashed again in May at the Curragh in the Irish 2,000 Guineas, this time on a yielding surface.

Air Force Blue was an intended Royal Ascot runner last week but O’Brien aborted that plan when it became clear the ground would remain soft.

The Commonwealth Cup had been the Ascot target but O’Brien has now switched focus to Newmarket once more.

Royal Ascot winners Twilight Son (Diamond Jubilee Stakes) and Quiet Reflection (Commonwealth Cup) could be amongst the opposition should Air Force Blue line up in the 6f Group 1 July Cup next month.