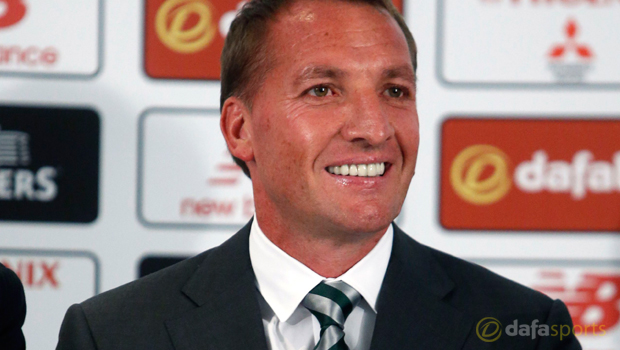 The former Liverpool manager was installed as successor to Ronny Deila in Glasgow last month and he has now begun pre-season preparations for his first assault on the title north of the border.

Rodgers came perilously close to winning the English Premier League with Liverpool and, while he will be expected to deliver a sixth straight Scottish top-flight success to Celtic Park, he says it is not a foregone conclusion.

Aberdeen have been Celtic’s chief title rivals in recent times, the Dons finishing runners-up in the last two seasons.

Hearts are also closing the gap under boss Robbie Neilson while Mark Warburton has led Rangers to the top tier as the Ibrox side look to engage their Glasgow neighbours in a title battle.

Since arriving in Scotland, Rodgers has been doing his homework on what went on last season and he says there is plenty of evidence to suggest that clubs up and down the division will be ready to make life tough for those targeting the title.

“You want to it be as competitive as it can be and those teams will make it difficult but you’ve got teams like Tommy Wright’s St Johnstone who won’t lie down and make it easy for you either,” Rodgers told the Celtic website.

“Looking at some of the results last year, they beat Aberdeen 5-1 in one of the games, so they’re not going to be an easy team.

“It’s going to be a competitive league for sure but my focus is on Celtic, respecting every opponent that we play and looking for us to play with charisma and aggression that will hopefully see us win more games than we’ll lose.”

Celtic are strong 1.25 favourites to be crowned Scottish champions next season while Rangers are on offer at 4.20 and Aberdeen are available at 15.00.