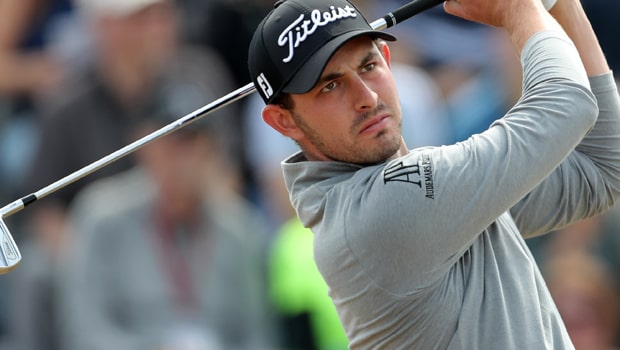 Patrick Cantlay carded a record-breaking final round 64 to win the Memorial Tournament at Muirfield Village in Ohio.

His eight-under par closing effort is the best ever final round by a winner at the Memorial. It pushed him to 19-under in total and was enough to bridge a five-shot gap from overnight leader Martin Kaymer.

In the end, Cantlay had two shots to spare on Adam Scott, the Australian having made a hat-trick of birdies from the 14th to apply some closing pressure.

Cantlay got up and down in ice-cool fashion from the greenside bunker on the final hole for par, with Scott behind in the fairway hoping for a dropped shot that would have opened the door to a potential playoff.

Only Tom Lehman (20-under par in 1994) has been lower over four rounds at The Memorial Tournament. Kaymer’s five-year wait for a tournament win goes on, the German having signed for a level-par closing round of 72 and third place.

He was three-under par through seven holes but lost his way, with bogeys at the 12th and 13th crucial as Cantlay charged past him.

Masters champion Tiger Woods surged on Sunday, going seven-under par through 12 holes but he dropped a couple of shots coming in as the leaders were some way clear, eventually posting nine-under for tied-ninth.

Jordan Spieth’s resurgence continued and he ended in the top-10despite being over par on Sunday. For Cantlay, a Friday afternoon exchange with tournament host Jack Nicklaus was recalled as being key.

He has been in stellar form this year, with a string of near misses, but hadn’t previously added to his only PGA Tour win, the 2017 Shriners Hospitals for Children Open in Las Vegas.

“I was in there having lunch after the early morning round on Friday, and he [Nicklaus] grabbed me aside and said, you need to go out there, have a good time. Look around when you’re out there.

Look at all the people having a great time. And then you need to have a great time and realise that that’s why you’re there and relax and go have fun and go win the golf tournament,” Cantlay recounted of Nicklaus’ advice.

“And I definitely said that to myself down the stretch today on the back nine. It put me a little more at ease, and I hit a lot of really nice quality shots with the lead, coming down the stretch.”

Cantlay is 21.00 to add the US Open at Pebble Beach this month, with Muirfield Village runner-up Scott is 34.00.