Posted by Daniel Martin on September 8, 2014 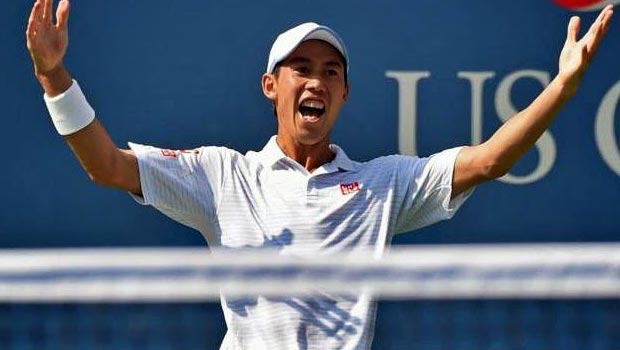 Japan’s Kei Nishikori admits he never expected to reach the US Open final ahead of his clash with fellow first-time Grand Slam finalist Marin Cilic on Monday.

Nishikori’s best previous performance at a Grand Slam event had been a quarter-final spot at the 2012 Australian Open, while Cilic reached the semi-finals Down Under in 2010 and has since appeared in two quarter-finals, including at Wimbledon earlier this year.

The two players will contest the first Grand Slam final not to feature Rafael Nadal, Novak Djokovic or Roger Federer since the 2005 Australian Open final and Nishikori admits he is surprised at his exploits in New York City.

“I am a little bit surprised for me to play the final,” said the 24-year-old.

Nishikori had to miss the Toronto and Cincinnati Masters in the build-up to the US Open due to a toe injury and the Japanese star has revealed he almost missed the tournament as a result.

He added: “I just started playing points a few days ago before the tournament. I didn’t even know if I should come to New York, so I wasn’t expecting anything actually.”

The 10th seed has had a particularly difficult route to the final and had to overcome Stanislas Wawrinka, Milos Raonic and Novak Djokovic to secure a spot in Monday’s showpiece.

Cilic impressed in his quarter-final and semi-final wins over Tomas Berdych and Roger Federer respectively, with the Croat winning both matches in straight sets and Nishikori expects a stern test in Queens on Monday.

On Cilic, he said: “He’s been playing really well, very aggressive, very fast tennis. I know he’s been getting stronger.”