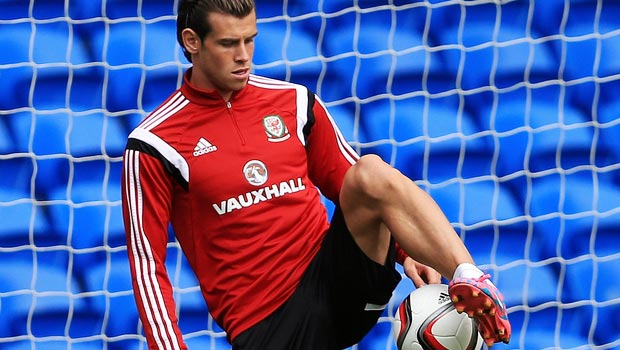 Gareth Bale is “confident” that Wales can end their 58-year wait to reach a major tournament and qualify for the 2016 European Championships in France.

The Welsh have not enjoyed playing in the major finals of a tournament since the World Cup was held in Sweden in 1958 in which a then unknown teenager named Pele helped inspire Brazil to their first ever title.

However Real Madrid superstar Bale, who became the world’s most expensive footballer when he moved to the Bernabeu from Tottenham just over 12 months ago, feels the quality throughout Chris Coleman’s settled squad will finally give them a great opportunity to progress into the finals.

Belgium and Bosnia and Herzegovina are well fancied to qualify automatically, but with the tournament being expanded to cater for 24 teams, it means third place in Group B will secure a play-off spot which will enhance Wales’ chances.

And Bale said: “We feel we have a great team that’s now been together for a while, and we’re full of confidence. The fact that more teams can qualify this time around just adds to that sense of confidence.

“We’re young, but we’ve been together now for five, six or seven years. We all feel we’re at that stage where we really need to start producing. Hopefully the time is right and we can kick on and qualify for major tournaments.

“We have to be confident, otherwise there’s no point in us being here. We feel we have a good team, that we’re playing good football.
“We have the right staff around us and everything is in place now for that to happen. The main thing now is that we have to do the job on the pitch.”

Wales, who start their qualifying campaign on an artificial pitch in Andorra on Tuesday, can be backed at 31.00 to win Group B. Belgium are 1.32 favourites with Bosnia 3.90.