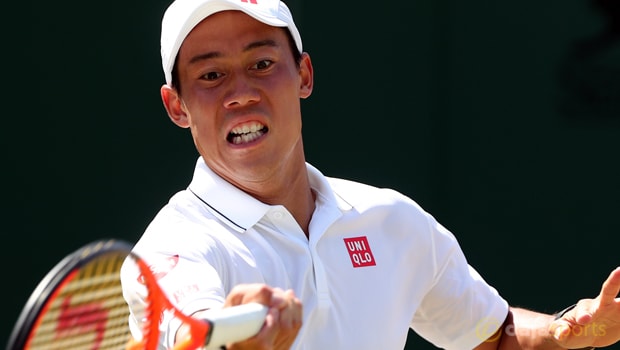 Japanese star Kei Nishikori has confirmed he will skip the season-opening Brisbane International, while US Open champion Sloane Stephens has also withdrawn.

Nishikori, who is priced at 41.00 to win the 2018 Australian Open, has been a regular at the early season competition in Queensland but he won’t be showing his face in Brisbane when the tournament gets underway on December 31.

The 27-year-old was hoping to get some much needed gametime under his belt ahead of the 2018 Australian Open, having spent a long time sidelined with injuries.

The 2014 US Open finalist has been out for over four months and he has confirmed his wait for a return to action will go on.

Nishikori said: “I am so disappointed to miss Brisbane this year. For years, it’s been my first tournament of the season and I always feel so at home there.”

The world number 22 recently revealed that he has chosen rehabilitation over surgery and it looks like his decision could affect his chances of making it to the first Grand Slam of the new season.

Meanwhile, Stephens is another big name casualty from the Brisbane event as she continues to nurse a knee issue.

The American, who lifted the US Open title in 2017, was also hoping to be fully fit in time for the trip to Down Under, however, she is set to spend more time on her rehabilitation, according to event organisers.

“Sloane Stephens needs an extra week’s rehab on her knee, meaning she will now not play the Brisbane International,” the organisers Tweeted.