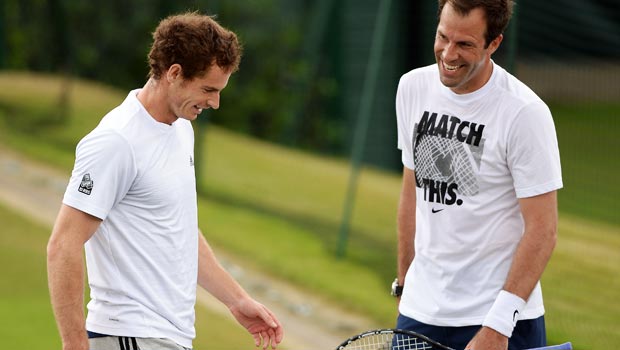 Former British No 1 Greg Rusedski believes Andy Murray’s chances of retaining his Wimbledon title this summer have been jeopardised by the shock split from coach Ivan Lendl.

Under Lendl’s watchful eye, Murray put a string of near-misses behind him to become the first Brit to win Wimbledon in 77 years, while he also claimed the US Open title and Gold at the 2012 Olympic Games whilst the two worked together.

But, after two years and two months, the partnership has come to an end because eight-time Grand Slammer Lendl wants to put his energies into a number of different projects rather than solely focusing on the Scottish player’s career.

Writing in his Daily Telegraph column, Rusedski said: “Andy is a fantastic player and should have many more years in the top 10 to come. But Ivan’s departure is a blow. There are very few coaches who can add another dimension in the way that he has done.

“Without him, it will be that bit harder for Andy to lift his momentum and intensity in the build-up to his Wimbledon title defence.”

Meanwhile, Tomas Berdych says he is gunning for Murray’s title after making winning Wimbledon his number one goal.

The Czech lost out to eventual runner-up Novak Djokovic at the quarter-final stage in 2013, but made the final in 2010 and has reached the last four in each of the grand slam tournaments during his career.

He intends to prepare for SW19 by taking part at Queen’s.

“My next goal is to go one better, one higher than I did when I reached the final of Wimbledon,” he told Eurosport. “That’s my main goal for the rest of my career.

“It’s a really big step, and it’s going to take a lot of work every day to get there, but that’s what I’m going to try to do.

“I think playing at Queen’s gives me the best possible chance.”

Wimbledon gets under way on June 23.