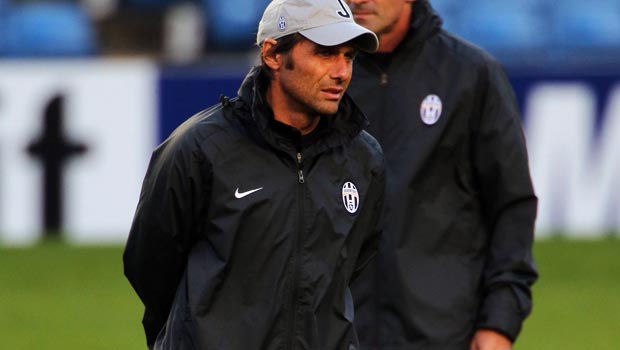 Juventus boss Antonio Conte says success in the Europa League would be a bitter-sweet experience following the Old Lady’s group stage exit of the Champions League.

The Italian giants dropped down into European football’s second tier competition, having been pipped to a place in the last-16 after conceding a late goal to Galatasaray’s Wesley Sneijder in their final group clash in Istanbul.

They continue their Europa League campaign tonight with a trip to Serie A rivals Fiorentina, who held them to a 1-1 draw in Turin last week but lost 1-0 in the league the week before.

Juventus hold a seemingly unassailable 14-point lead over Roma at the top of the Series A table, and despite going into the return leg with Fiorentina all square they are favourites to land a domestic and European double.

Going into tonight’s tie they are priced at 3.70 to win the competition outright, but Champions League glory is what Conte really craves.

The Bianconeri boss reasoned: “Honestly, I don’t feel all of this pressure on Juventus [to win the Europa League] because the path of Juventus should not be the Europa League; it should be the Champions League.

“For us, there is great regret this year that we were eliminated in the group phase, 10 minutes from the end. This is a massive regret.

“Having said that, now we have started on this path and it’s right to try to do our best.

“It is only inevitable that now that we have slipped into the Europa League, we will try to honour our obligation to give our all to
progress: with pride, with passion, with enthusiasm, with everything that we have.

“But we are used to all the pressure that we are under and it will be the same that accompanies us in every game because Juventus must always win.

“So, in that regard, nothing changes.”