It means so much to me, its the biggest title of my life – Cameron Norrie 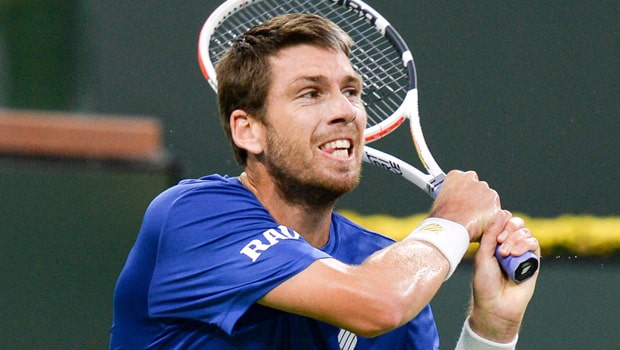 Cameron Norrie was delighted after winning ATP 1000 Masters title as he defeated Nikoloz Basilashvili by 3-6, 6-4, 6-1 at the BNP Paribas Open at Indian Wells. Norrie lost the opening set but bounced back in the next two sets to complete his victory. Thus, Norrie has become the first Brit player to win at Indian Wells.

Norrie has now also given a push to qualify for the Nitto ATP Finals. The 26-year old is now the number one Brit player as he replaced Dan Evans and has now moved to 15th place in the ATP rankings. Norrie completed his win in one hour and 49 minutes as he came up with his best.

Speaking prior to lifting the trophy, Norrie said: “It means so much to me. This is my biggest title. I’m so happy, I can’t even describe it right now. It was a strange match today, but massive for me and my team.

I can’t really believe it. If you told me I was going to win it before the tournament started I wouldn’t have believed you. It’s so amazing and I can’t put it into words. I’m still taking all of the emotions from the match in, I’m so happy. ”

On the other hand, Brit coach Tim Henman is optimistic that Cameron Norrie can finish among the top 10 players and he is working hard for the same.

“If you look at the points he’s been accumulating, top 10 is realistic,” said Henman. “In the race, he’s knocking on the door of the top 10, especially if he can play well at a couple of indoor tournaments. It emphasizes the importance of Paris (Masters) at the end of the year with 1000 points up for grabs. It’s amazing that Cam could be a top 10 player at some stage.

“It’s an unbelievable achievement. It’s just a reward for all the hard work. Turin is now a realistic opportunity. He’s a fantastic role model. He puts in the work and maximizes his potential.”

Norrie will look to continue the good show and keep improving his game.