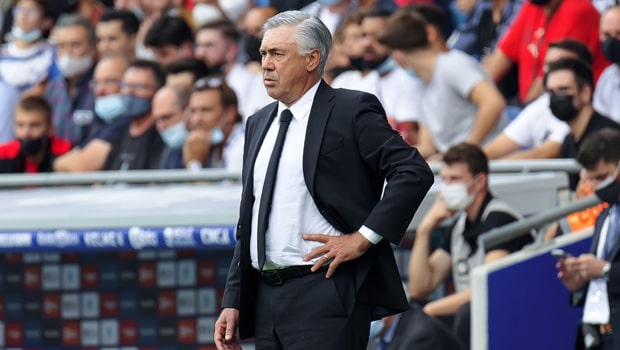 Real Madrid will hope to avoid a second loss in the UEFA Champions League when they face Ukrainian side Shakthar Donetsk on Tuesday.

The Los Blancos shockingly lost 2-1 to Moldovan side Sheriff Tiraspol in their last UEFA Champions League game at the Bernabeu.

Carlo Ancelotti’s side also failed to win in their next game against Espanyol in the Spanish La Liga just before the international break after losing 2-0.

Tuesday’s game in Ukraine means Real Madrid are searching for their first win in three games.

However, Shakthar Donetsk won’t be an easy tie especially with reference to Real Madrid’s last game there last season.

Real Madrid had visited Shakthar Donetsk on the first of December 2020 but the Los Blancos suffered a second loss after losing the first leg 3-2 in Spain.

It will be time for revenge for Real but it may not come easy as the Ukrainians are in a better form than the more illustrious visitors.

Shakthar Donetsk are unbeaten in their last six and have won four of that period while Real Madrid are searching for their first win on their fourth attempt.

Real Madrid have won just one of their UEFA Champions League games this season after beating Inter 1-0 in Milan.

Meanwhile, city rivals and neighbours Atletico Madrid will also be in action when they face Liverpool at the Wanda Metropolitano.

The Reds come into the game in big mood after beating Watford 5-0 in the Premier League.

However, just like Real Madrid, Atletico Madrid were unable to execute their league games at the weekend due to the absence of their South American contingent.