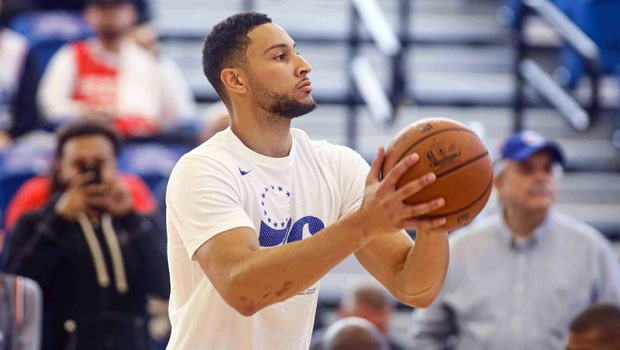 Ben Simmons-Philadelphia 76ers saga has been one of the talking points of the preseason in the NBA. In fact, it was reported by the media that there was a lack of communication between Simmons and the franchise, which created a lot of doubt regarding the Australian’s place in the team.

Simmons finally joined the Philadelphia 76ers on Sunday and he will look to hit the ground running for his team. There is no doubt that Simmons is going to hold the key for the team ad he will aim to be at his best.

Tobias Harris shed light on Ben Simmons’ return to the squad and said there was no hullabaloo regarding his comeback.

Harris stated that the team’s focus is on the upcoming season and they all are professionals who would want to give their best to the team.

“We got an opening to our season coming up…that’s honestly where our focus is. We’re grown men here. This is not middle school, seventh grade, eighth grade, ‘Oh, you did this to me, you did this!’ Nah, as soon as we step on that floor, it’s just basketball… So, put our big boy pants on the floor and we get on the floor and do what we do.”

On the other hand, Furkan Korkmaz also revealed that there was nothing special in Simmons’s return to the team.

“He just showed up. It was not like something special, which we expected from him or which he expected us to say something… all professionals, you know?”

Meanwhile, the Philadelphia 76ers were knocked out of the second round of the playoffs in the previous season by Atlanta Hawks and they will look to have a better edition. Simmons will look to support Joel Embiid, who is going to hold the key for the team.

Simmons practiced with the team but there is no clarity whether he will play the team’s opener against New Orleans Pelicans on 21 October (IST).