It is special: Alexander Zverev after beating Daniil Medvedev in Nitto ATP Finals 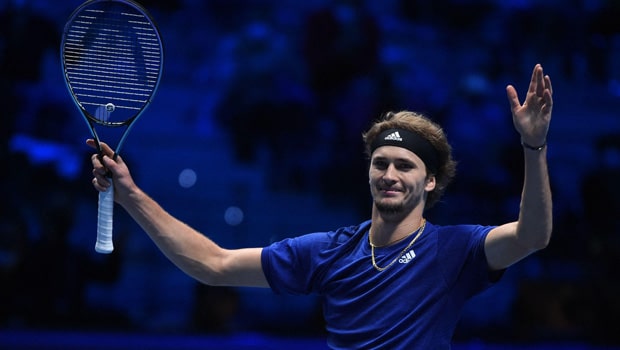 Germany’s Alexander Zverev clinched his second Nitto ATP Finals after he defeated Daniil Medvedev in straight sets by 6-4, 6-4 in Turin on Sunday. Zverev smashed eight aces, hit 23 winners, and did not face a breakpoint in his dominating win over the Russian.

After this win, Zverev has become just the fourth player in the tournament’s history to win the semi-final and final matches against the Top 2 players in the FedEx ATP Rankings.

Zverev had to bring his best against Novak Djokovic in the semifinal and Medvedev in the final and he was able to do with great success.

“It was great,” Zverev said in his on-court interview. “I won the [Nitto ATP] Finals, in the final against someone I had lost five times in a row, so I had to play one of my best matches. I am happy about that and happy to go on holiday with this win.”

In fact, Zverev had lost against Medvedev in the group stage in three sets but made a fine comeback against the Russian in the all-important final. Furthermore, Zverev had won his first Nitto ATP title back in 2018 when he had beaten Novak Djokovic in the summit clash. Zverev added that it is a special feeling to once again clinch the prestigious title.

“It is special, and I am super thrilled and happy right now,” Zverev added. “There is no better way to end the season than winning here. I am incredibly happy and I am already looking forward to next year.”

The 24-year old German was finally able to end a five-match losing streak against Medvedev and this was his 59th win of the season.

“Even when [my serve] was going on the line, it didn’t really have that spark,” Medvedev said. “It wasn’t enough for Sascha, who is a great player and broke me two times. Sometimes, in a way, it’s not bad, but when you’re playing in a big final on a fast surface against someone who is serving like Sascha, it’s enough to win the match. We can talk about many things, but the serve was definitely the key today, and he was better.”