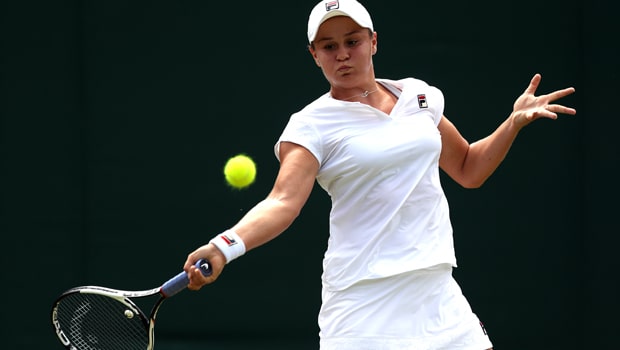 Ashleigh Barty may be world number one by the end of the week and is very happy with her form on grass.

The Australian excelled on clay, winning the French Open for her first Grand Slam and will overtake Naomi Osaka at the top of the WTA rankings if she wins the Birmingham Classic this week. She is through to the quarter-finals after a comfortable 6-3 6-1 victory over Jennifer Brady and plays Venus Williams next.

Barty is 1.29 to win through to the semi-finals with Williams priced at 3.50. Barty says that, delighted as she was with her form on clay, she was happy to get back on the grass and is looking forward to the next few weeks, culminating with Wimbledon.

She was junior champion there in 2011 and, now on a nine-match winning streak, will be confident of doing well at SW19 in a couple of weeks’ time.

She said after her victory over Brady: “Once I get back on the grass, I feel like a different person. You know, it’s a different tennis match, a different way that the ball is struck and it comes through.

“And I know that it doesn’t necessarily mean I’m going to have results or I’m going to feel great on the court straightaway, but certainly knowing that there is not pressure for me and no real worries and stresses about the transition makes it a lot easier.”

The result of her last-16 clash with Brady was never in serious doubt, not facing a break point in the first set and, after a rain delay came back in the same vein, winning the next five games in a row to seal the victory.