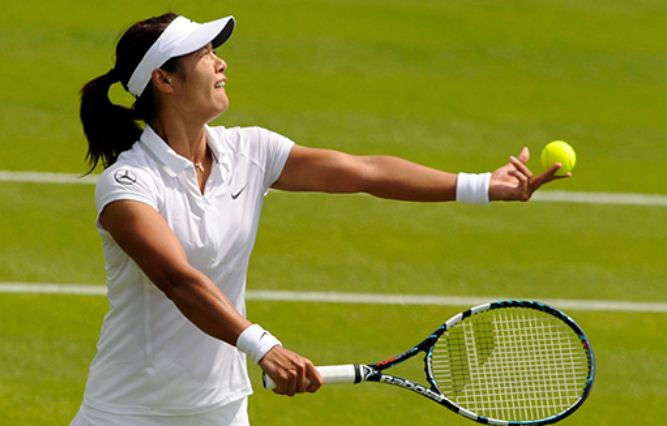 Li Na showed she is a serious contender at Wimbledon this year, after a crushing victory in round one on Tuesday.

The Chinese superstar was dominant from start to finish as she disposed of Michaella Krajicek in just an hour and seven minutes.

Li, twice a quarter-finalist at the All England Club, was impressive in defeating her opponent from the Netherlands, losing just two games in a 6-1 6-1 victory.

Krajicek, the sister of 1996 Wimbledon men’s singles champion Richard, couldn’t cope with the power and precision of the 2011 French Open champion.

Li has a favourable section of the draw and many tennis punters will feel she can go deep in this tournament, as she seeks a second Grand Slam title.

The 31-year-old will now face Simona Halep of Romania in round two on Thursday. Halep needed three sets to see off Olga Govortsova of Belarus in the first round.

Although world number six Li will be the hot favourite to progress, Halep has won the only previous match between the two.

That victory for the world number 32 also came at a Grand Slam tournament, with a straight-sets win over Li at the 2011 US Open.

Meanwhile, Serena Williams confirmed why she is the strong favourite to win this year’s tournament, after another straight forward success on Centre Court.

The American defeated Mandy Minella of Luxembourg 6-1 6-3, but afterwards admitted that the transition to grass was harder than she thought it would be.