I can see my youth characteristics in Alcaraz, Sinner and Zverev, says Novak Djokovic 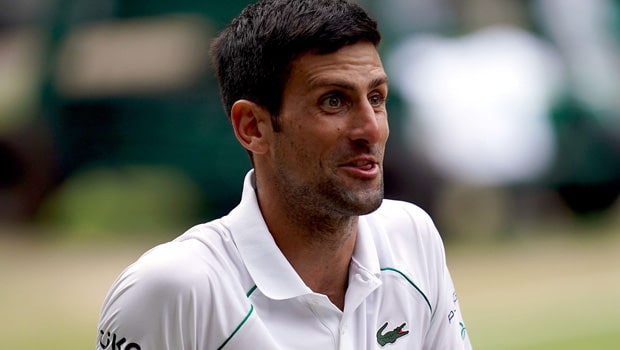 The World no.1 Novak Djokovic has admitted that he sees his young characteristics in next-generation players like Carlos Alcaraz, Jannik Sinner, and Alexander Zverev. Djokovic sees confidence, self-belief, a great desire to win, passion, and devotion for the sport in these young players, which can take them a long way in their career.

All of these three youngsters have shown the skills and ability to go a long way in their respective careers. Both Alcaraz and Sinner are still very young in their career and have impressed with their game. Alexander Zverev has reached a new level and also beat Novak Djokovic twice in 2021 when he looked almost invincible.

The German defeated the Serbian in the semi-final of the Tokyo Olympics en route to his Gold medal. The 24-year old once again got the better of Djokovic in the semifinal of the Nitto ATP Finals, which he went on to win as he beat Daniil Medvedev in the final.

Djokovic said while talking to Serbian media, “Naturally, I somehow recognize parts of myself in someone, some characteristics that I had in my youth: confidence, self-belief, a great desire to win, passion and devotion for the sport. I can see these in young (Carlos) Alcaraz, as well as in (Jannik) Sinner, and it was obvious in (Alexander) Zverev when he was coming up”.

Meanwhile, Djokovic can be a lot expressive on the court and he has often failed to keep his emotions in check. Djokovic feels that the ability to control one’s emotions and get better at focusing comes with more experience.

“I can be temperamental and emotional, so I tend to like it when one shows emotion, but on the other hand also knows how to control them and remain composed in the moments that matter,” Novak Djokovic said. “That skill is acquired through time: the more matches on the big stage, the better you handle yourself the next time you step onto the court.”

Djokovic added that he receives the best advice from his team and family at the right time.

“Of course, from my nearest and dearest – family, friends, and the team – they know me the best and their advice always comes in the opportune moments and is always just what I need to hear,” Novak Djokovic told Serbian journalists.