2013 US Open: Hewitt still around in New York 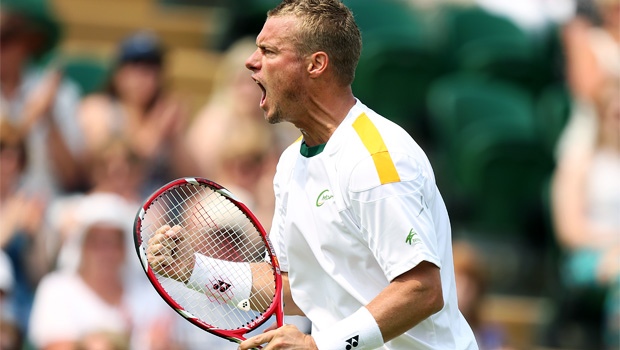 Former US Open winners Lleyton Hewitt and Juan Martin del Potro meet in round two of this year’s tournament on Arthur Ashe court.

The Australian, successful at Flushing Meadows in 2001, is now aged 32 and would appear to have his best days behind him, but will relish the task of seeing off the 2009 winner and this year’s number six seed, del Potro.

Hewitt was taken to four sets by wildcard Brian Baker in a first-round tie that featured no less than 17 service breaks. Hewitt’s returns served him well in a match that will only be remembered for the fact that it enabled him to get past the first round of a Grand Slam for only the third time in his last seven attempts.

“In patches I didn’t serve that bad tonight – he was one of the best returners I’ve ever played against,” Hewitt said.

Speaking ahead of his clash with del Potro, Hewitt added: “This is why you still play the game, to play quality players, and obviously not being seeded your chances of running into them earlier in the tournament are a lot higher, but this is great.

“He’s a quality player and a nice guy, and I look forward to it.

“You love these kind of opportunities to play against the best guys out there, and in Slams at the moment he’s one of them.”

It would be some achievement should Hewitt beat del Potro, who is the only player outside the top four to have won a Grand Slam since 2006.

The Argentinian holds a 2-0 lead over Hewitt on hard courts, but the Australian did manage to come out on top when the pair met on grass at Queen’s Club this year.

Waiting for the winner in the top half of the draw is a potential quarter-final meeting with number one seed Novak Djokovic.